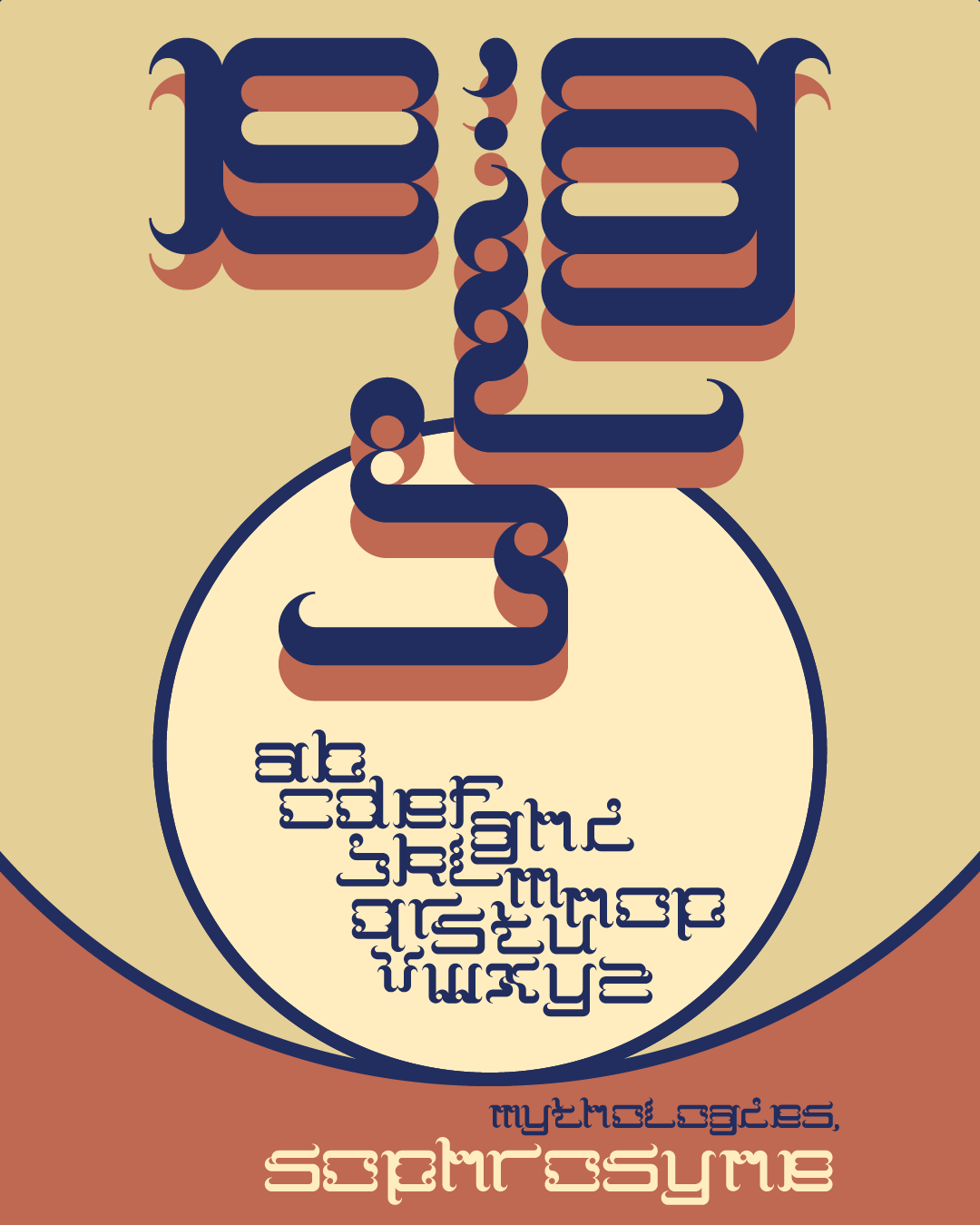 For my final project, I wanted to revisit making typefaces. One thing I have realized during this class is that I am excited about abstraction, especially in text. Language itself is arbitrary, and the markings we associate with sounds are totally abstract, at least in the Latin alphabet. I am also interested in modular design, so for my project, I made five  experimental, abstract, modular typefaces. I wanted to make a font family of these weird typefaces called “Mythologies” because they were initially inspired by No Mythologies to Follow, an album by musician MØ. By pushing the boundaries of letterforms, I am creating myths for the standard typefaces; relatable and understandable by shrouded by some sort of mysticism or impracticality.

Aesthetically, I went for a modular design because I think that is easier. Plus, creating your own constraints and seeing how I can make letters out of them is fun for me. In this sense they are modular, but each letter is also usually of uniform width. I was also inspired by the Chinese character set mainly because the letters fit together to make nice squares of words and can be written in columns.

My first contraint was to have the letters very squat and long, and having thick strokes on the left and right sides. I was trying to capture a industrial feel and wanted to make letters that could work both horizontally and vertically. I started by sketching alphabetically. 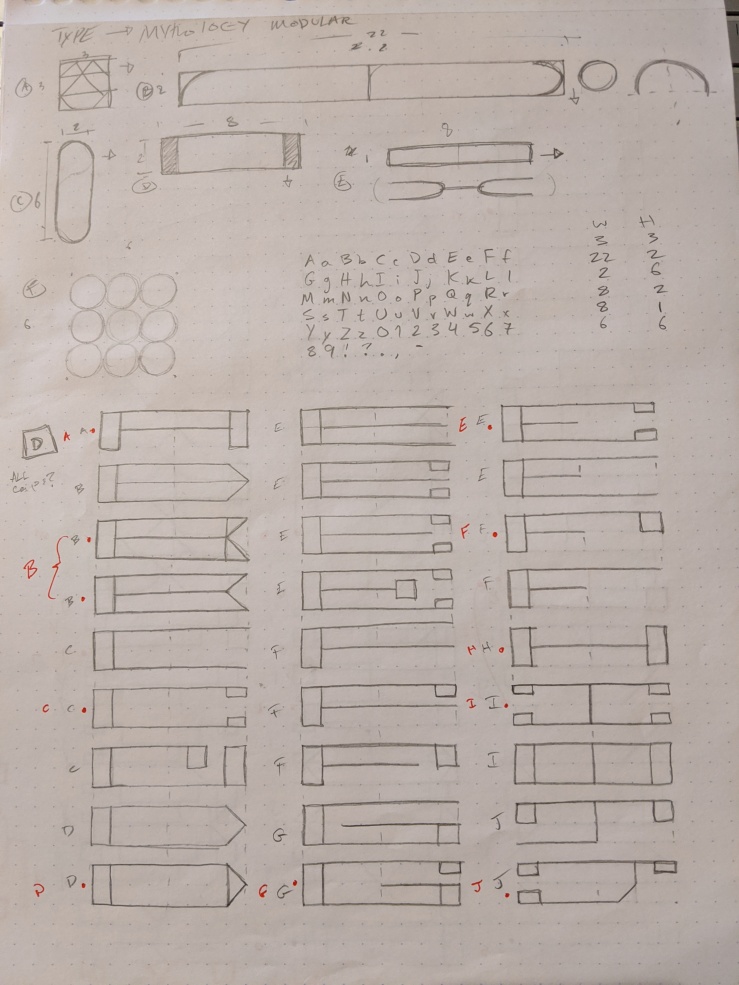 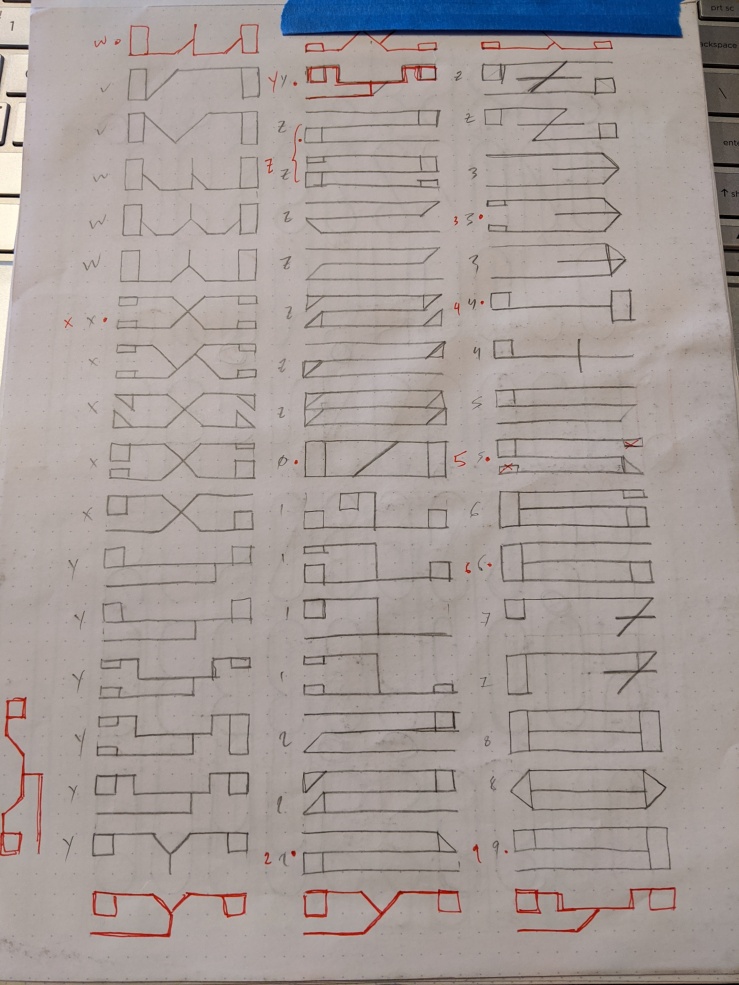 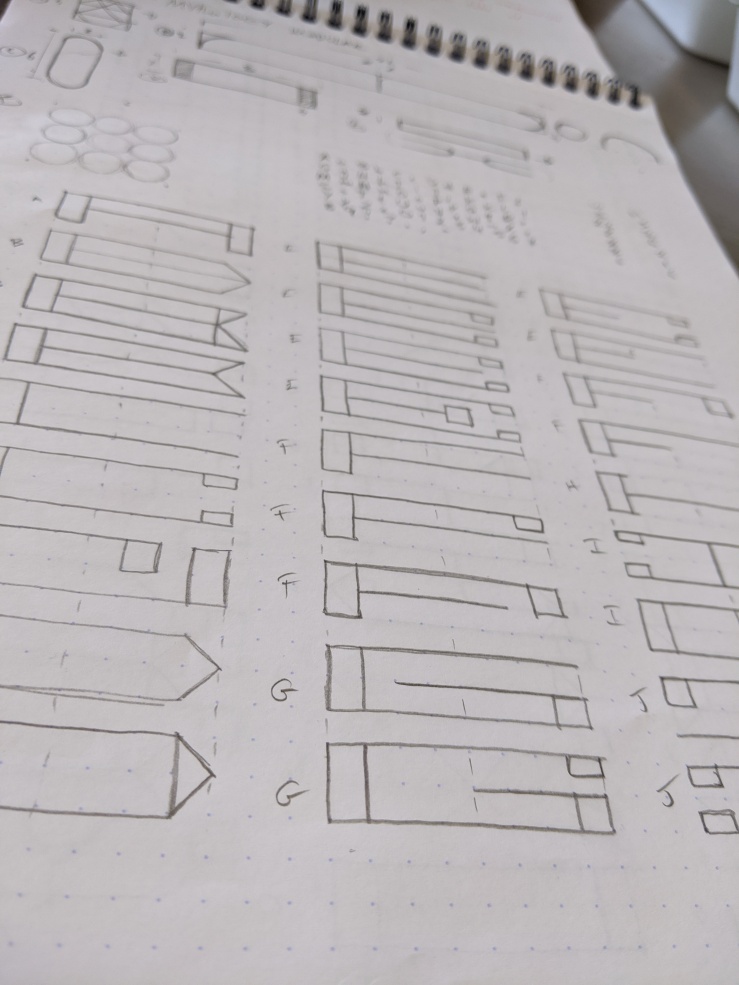 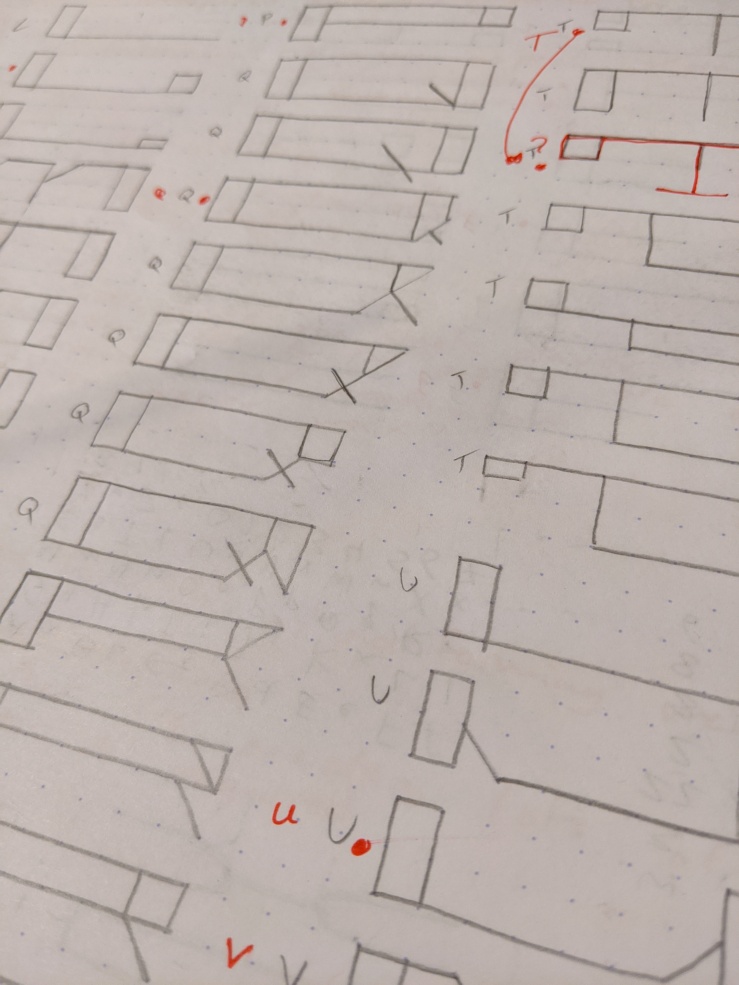 I wanted to sketch all the fonts out before putting them into the computer, so I moved on to the next one. To contrast this rigid font (above), I chose a contrast that was more circular and nartual. This one was six by two units with circular featutes at the top and bottom. I struggled with m, w, v, j, and i the most. 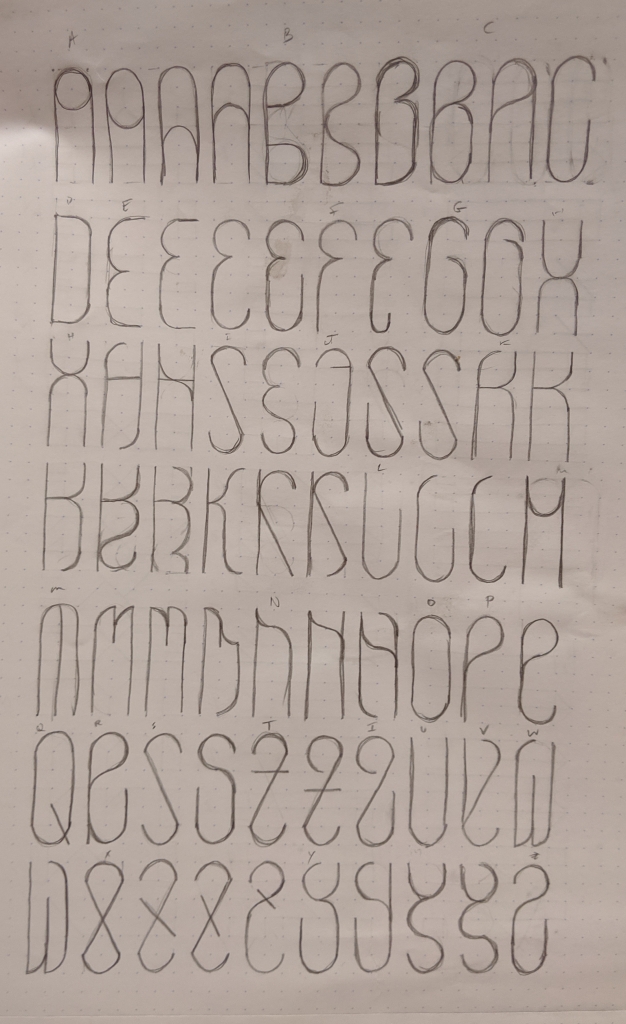 I started sketching a few of these characters in August, so I was happy to have a reason to continue this font. It is the most abstract of the five and the most illegible. However, it might be my favorite because its aesthetic is so abstract. The constranig I used was a combination of curved and straight lines, but each corner had to have a outside-square, inside-curve serif. It is also super wide and is meant to be displayed vertically. 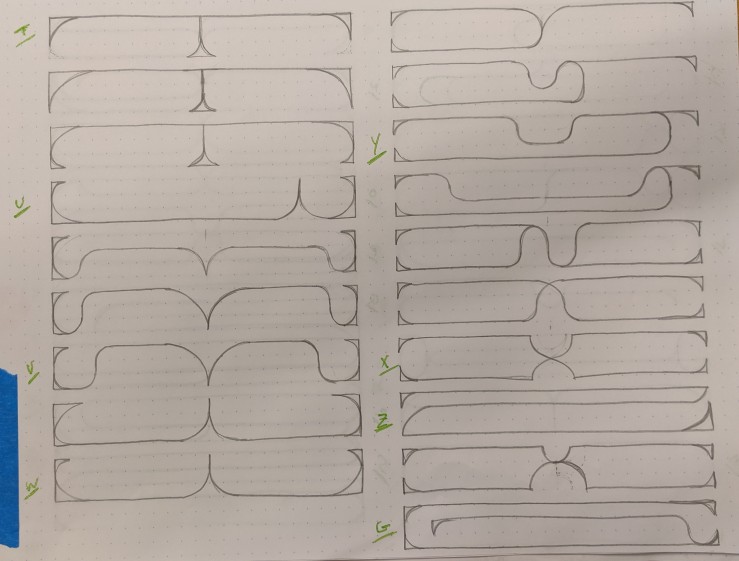 I also started doodling this one a while ago. Similar to the one above, this one is contained by four corners. The initial constraint was to use only parrallel or perpidicular ines in 90 degrees, but I had to give way to use 45 degree angles as well. Each character is a square. 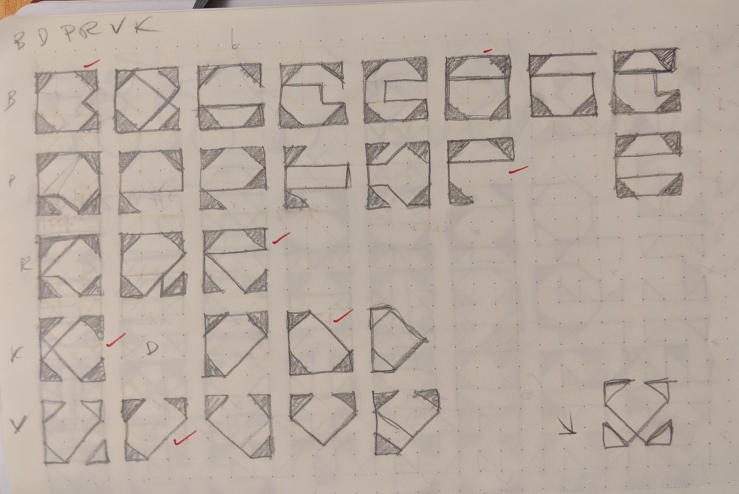 The last typeface I made was meant to contrast the ridig and angular font above (again). This time, my contraint was to build each character in a four by four circular grid, using key points of intersection to create a caligraphic/arabic style. At first, I tried a three by three grid, but that was too small and it created some weird looking sumbols. This font has an x-height of three units. 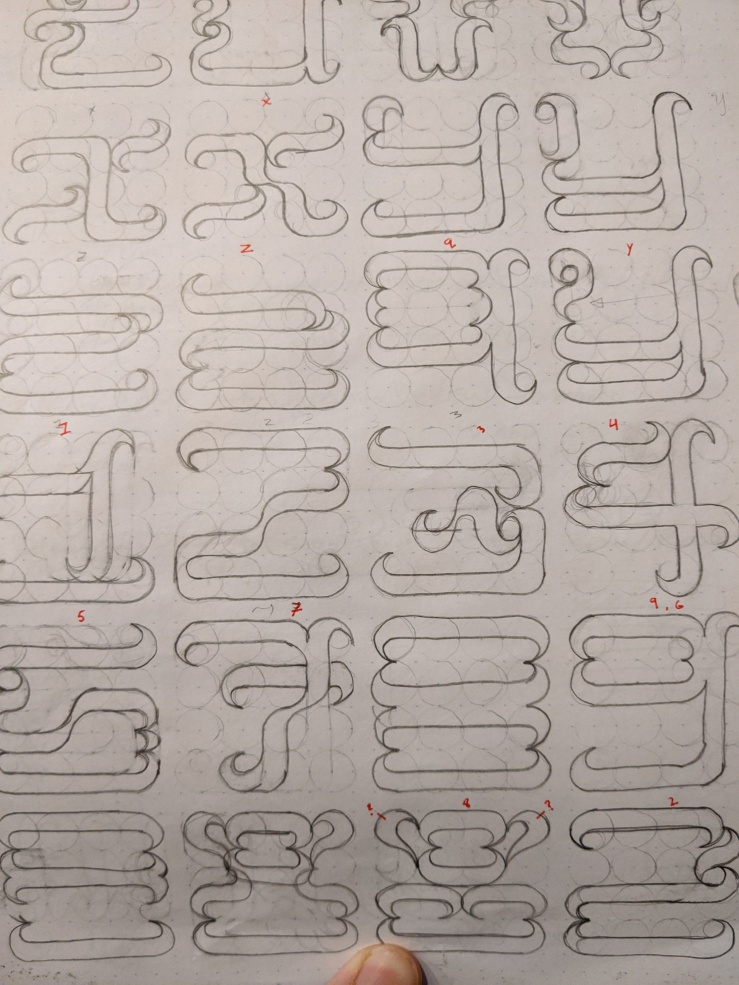 With all my sketches in place, I was ready to digitize them. I made them in illustrator first because it was quicker (the modularity helped with this), and then imported them into Glyphs. For some of the typefaces, I made weighted variants.

To name the typfeaces, I chose an appropriate figure in greek mythology.

Aion is the deity of time and is often depicted with circles. I thought this completmented the wave-like structure of the letterforms. 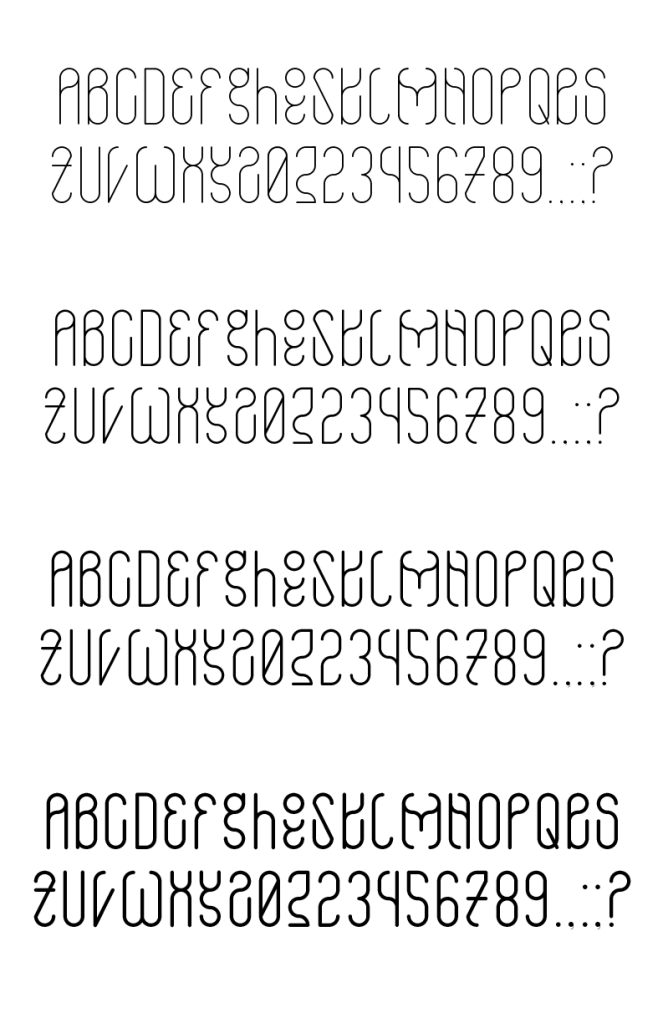 I names this one medusa because it leaves the viewer frozen as they try to decipher what it says or if it says anything. 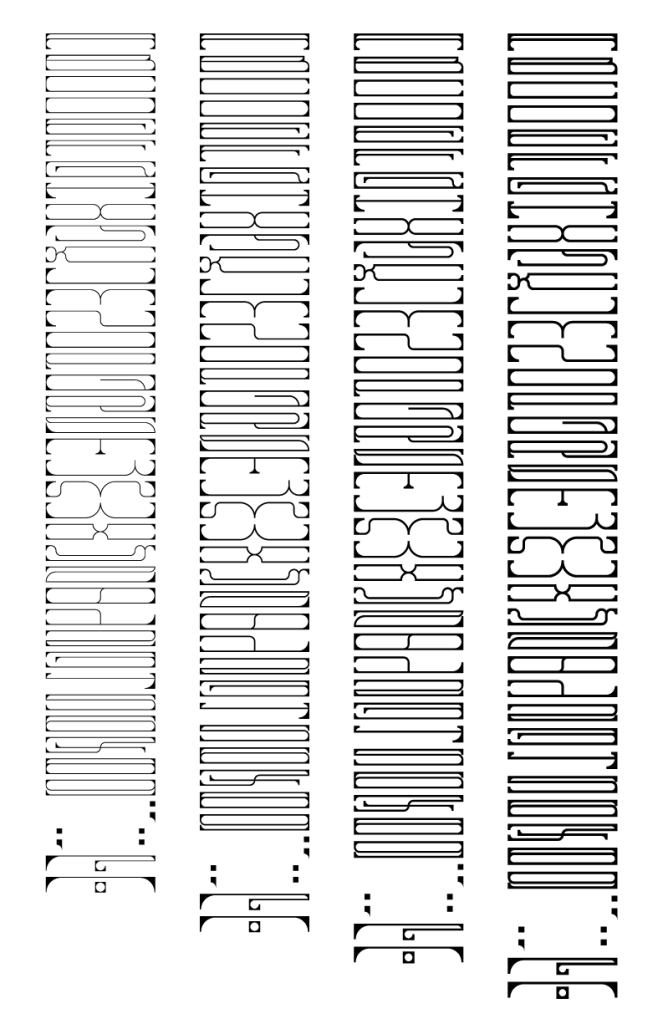 Daedalus in Greek mythology was the creator of the great labyrinth. This typeface looks like a maze, especially with no tracking or line spacing.

Sophrosyne is the Greek concept of soundness of mind, tempreance, and moderation. Creating this typeface took a lot of nuance and self control. I also liked how the word looked in the font.

I then made specimen posters for them. I have always been a fan of the Vienna Secession design movement, so I based the colors and layouts for the posters off this Ver Sacrum cover. 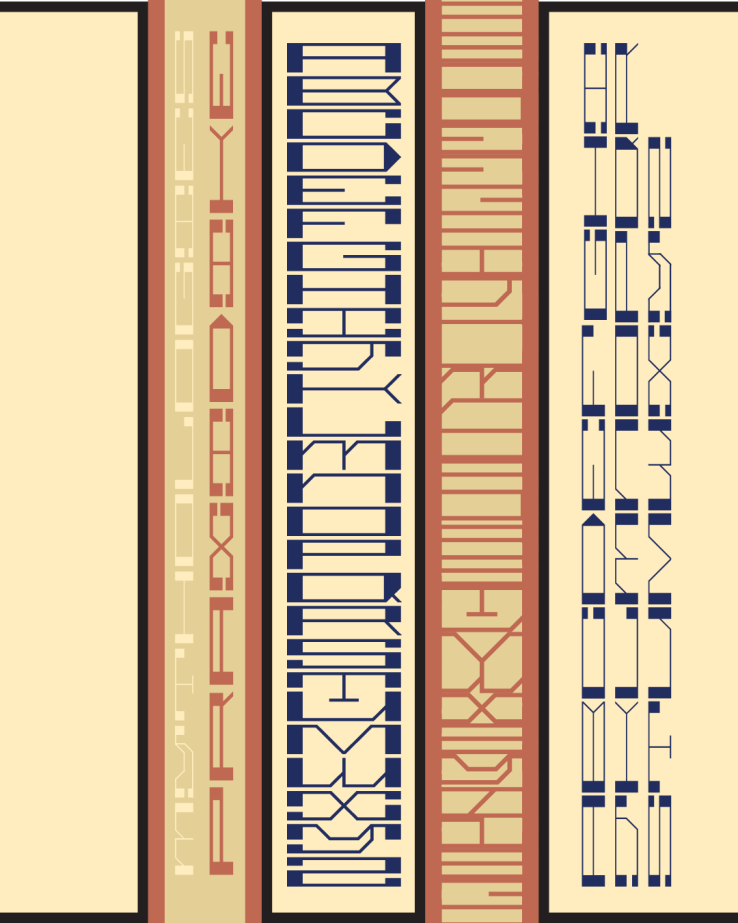 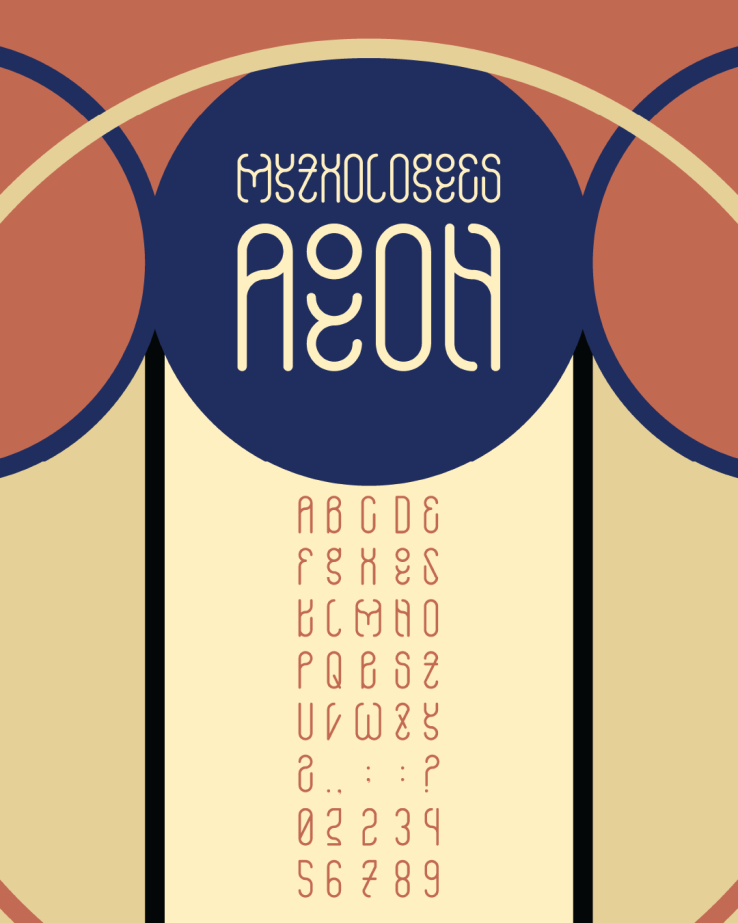 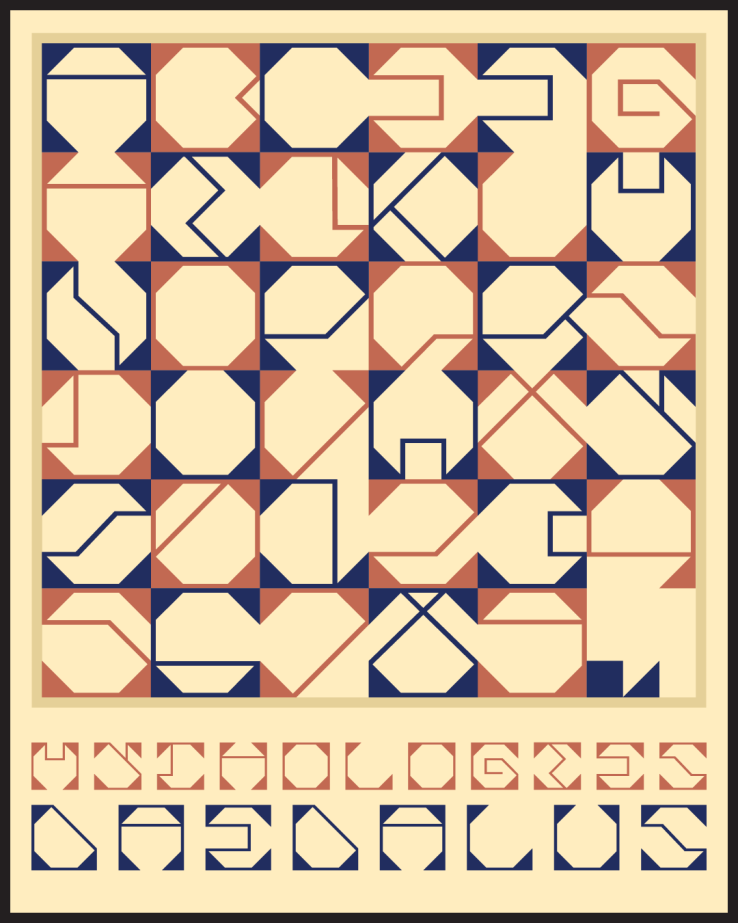 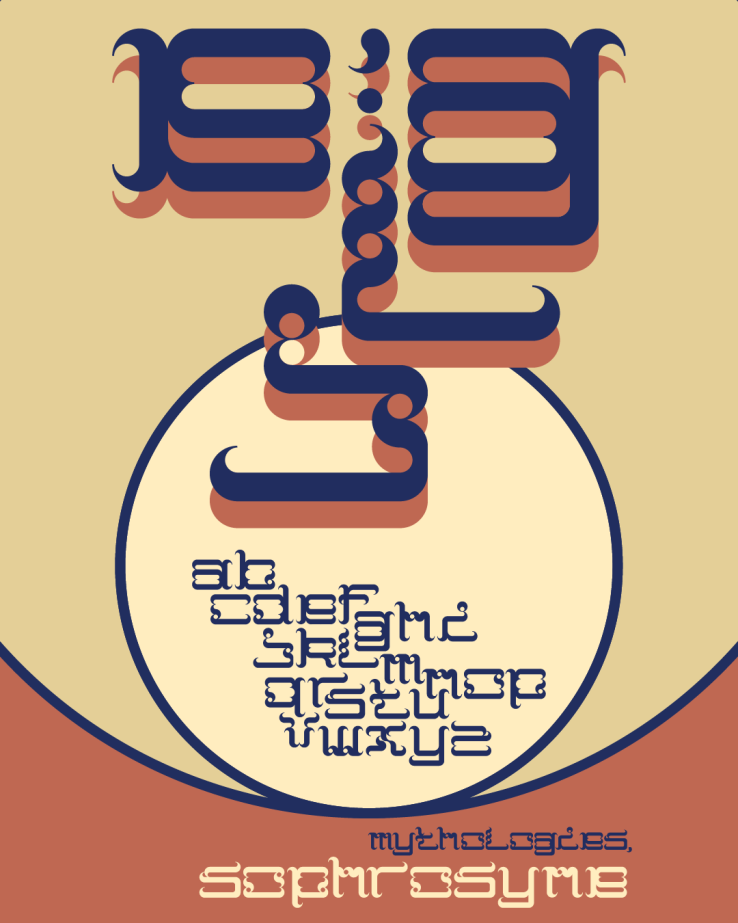 Moving forward, I want to refine and expand on a few aspects of these fonts.

I am a human who breathes air like you do. As I breathe air, I sometimes do other things with my body and mind. These activities are not limited to typography, graphic design, creative coding, game dev, and baking. View all posts by B